All Collections
4giving FAQs
General
How to End a Campaign

How to End a Campaign

How do I end a fundraising campaign at a specific date/time...

Written by Cory
Updated over a week ago

There are several ways you can choose to end, take down or stop accepting donations to a fundraising campaign.

Before we outline your options, you may want to consider just leaving your campaign 'active' or 'live'. There is no harm in leaving a campaign active. Heck, the worse thing that could happen is that someone donates to the campaign.

Stop Accepting Donations: This is probably the best route for you to take. When you stop accepting donations, it still allows the campaign URL to be visible and active, however, potential donors are NOT able to give, as no new donations to be processed. Here are step by step instructions on how to stop accepting funds for your campaign. 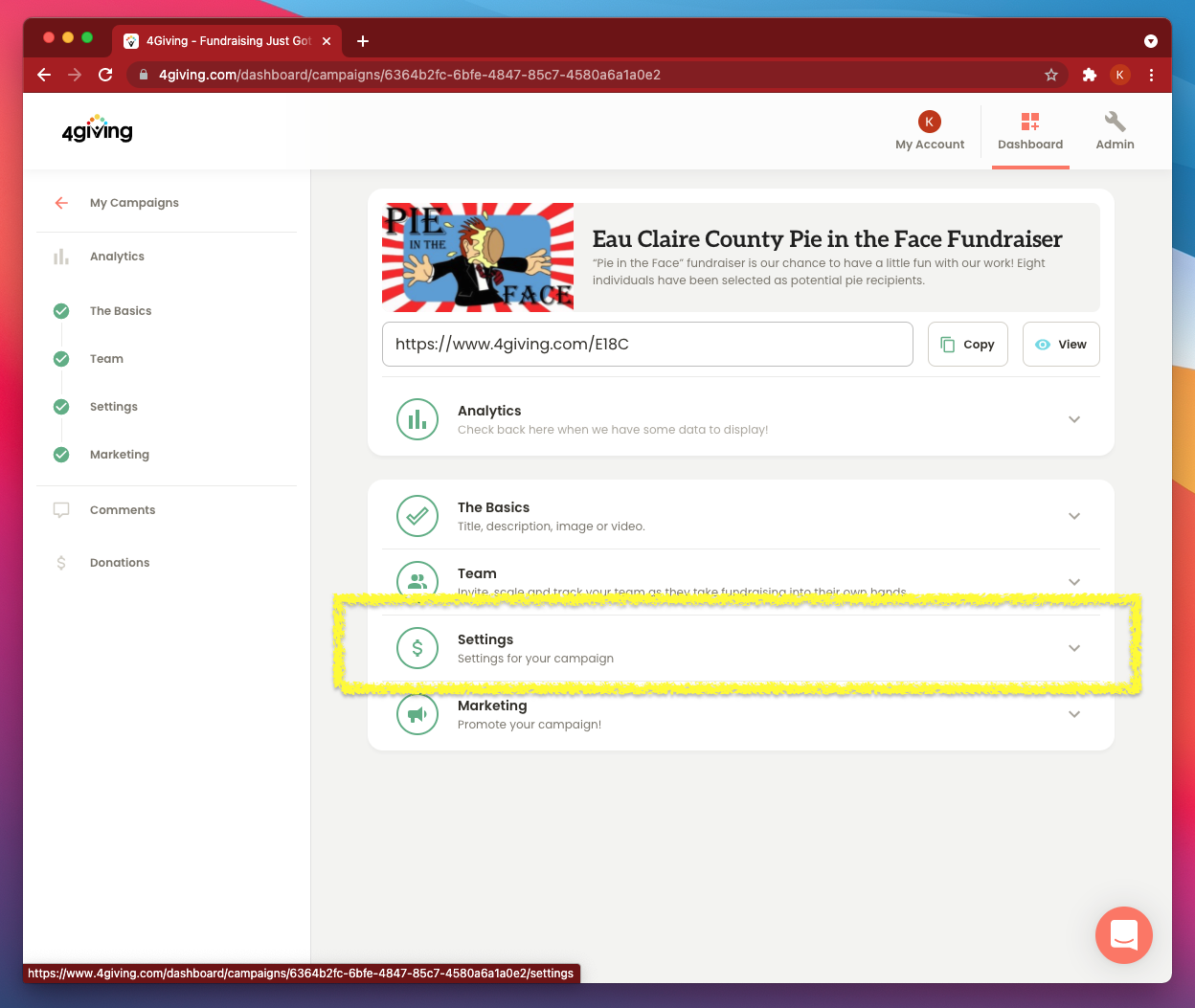 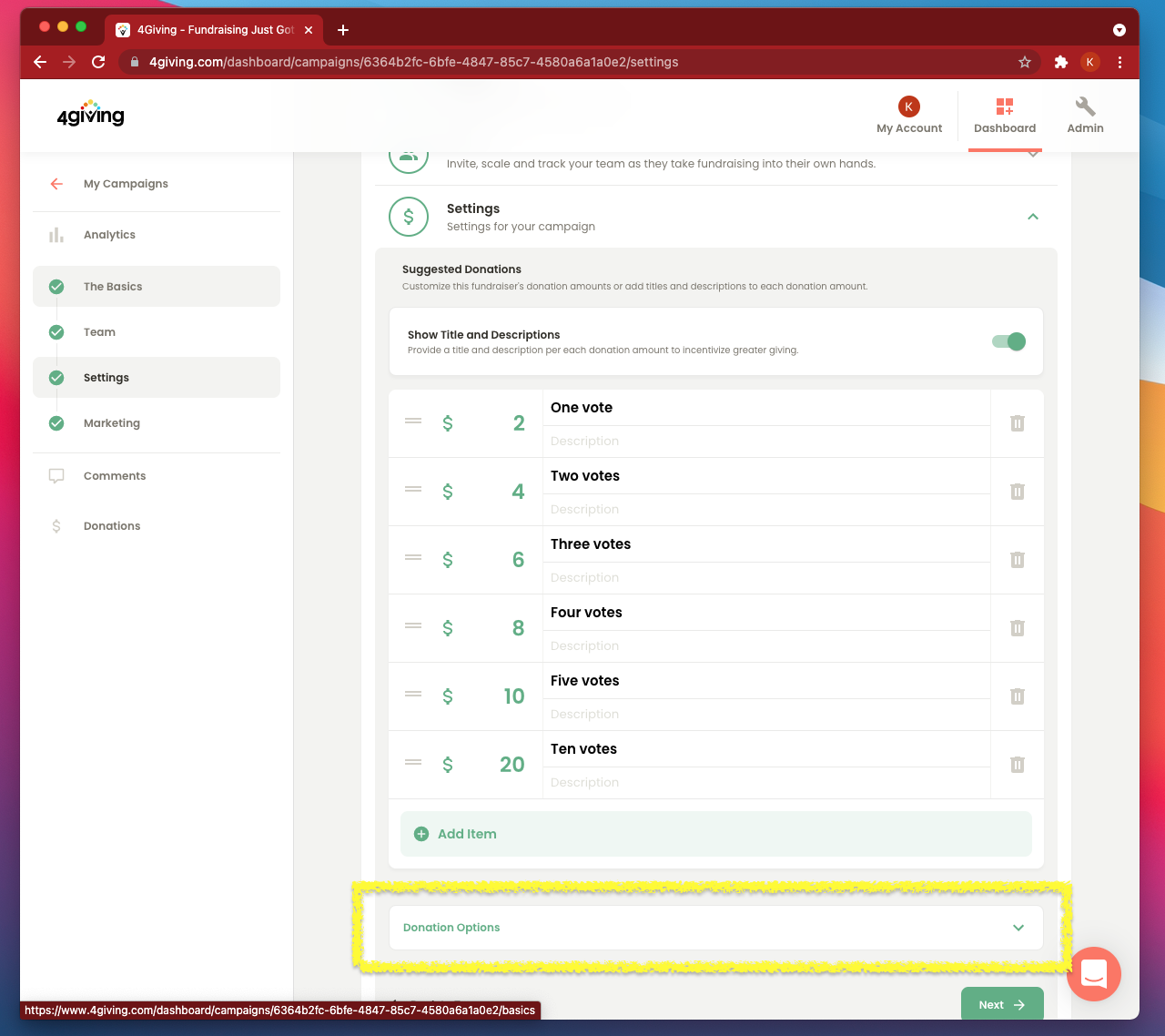 Toggle off the checkbox associated with 'Accepting Funds' 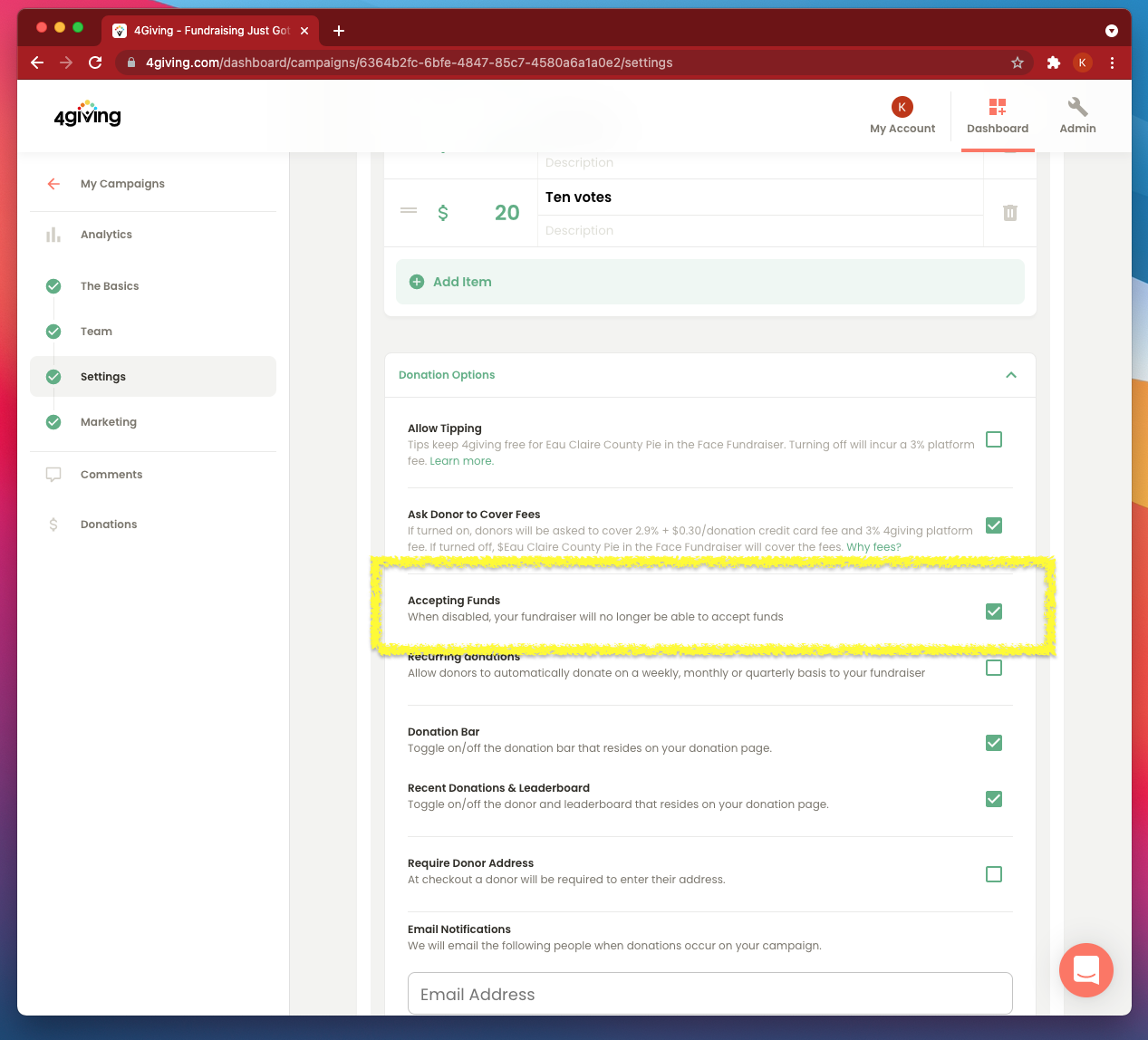 Please note, if a previous donor gave to the campaign and later wanted to check-in on the progress of the campaign, the campaign URL would not be visible to the donor, which may lead to a missed opportunity to further your connection with the donor.

Here are step by step instructions on how to stop accepting funds for your campaign. 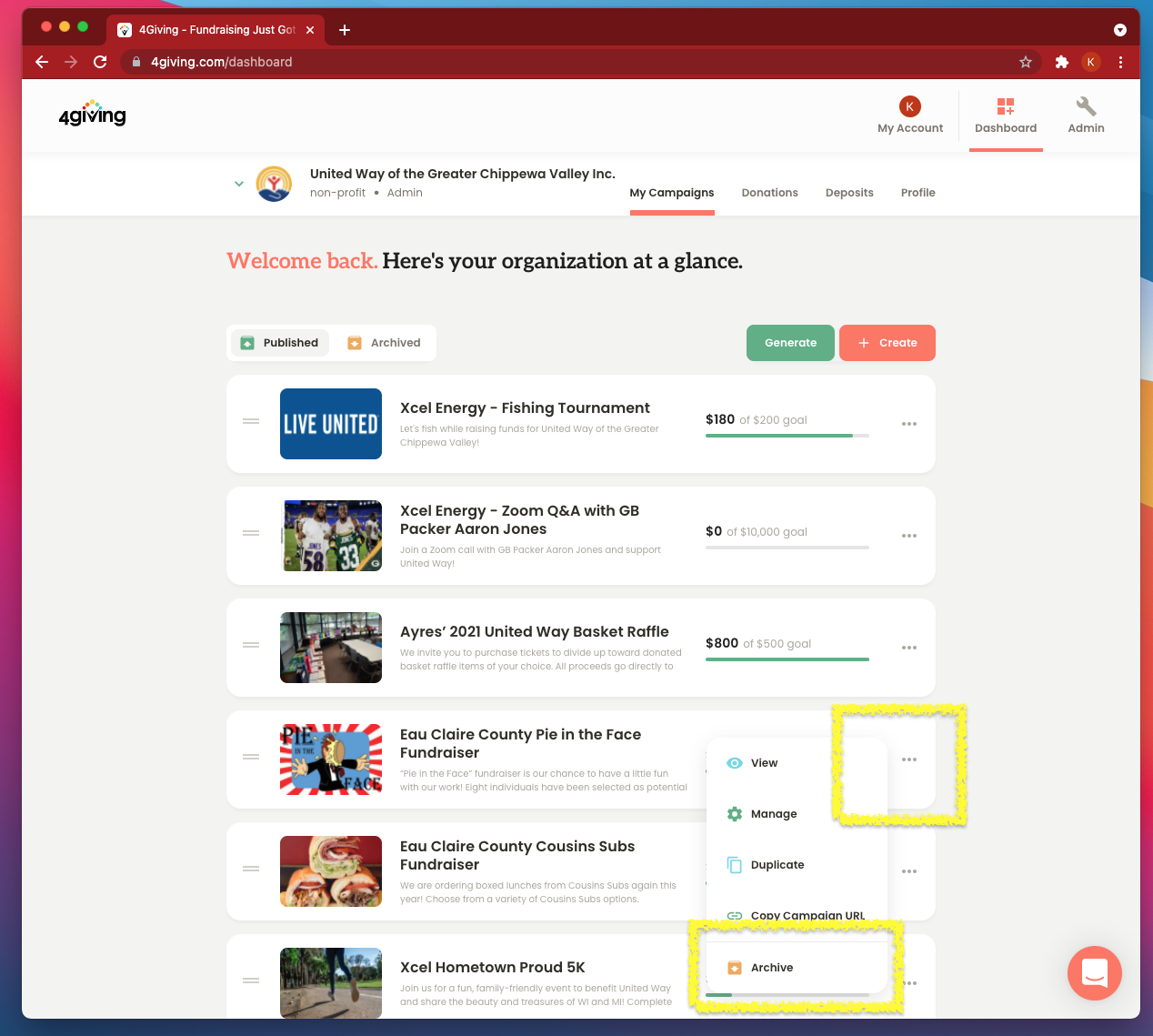 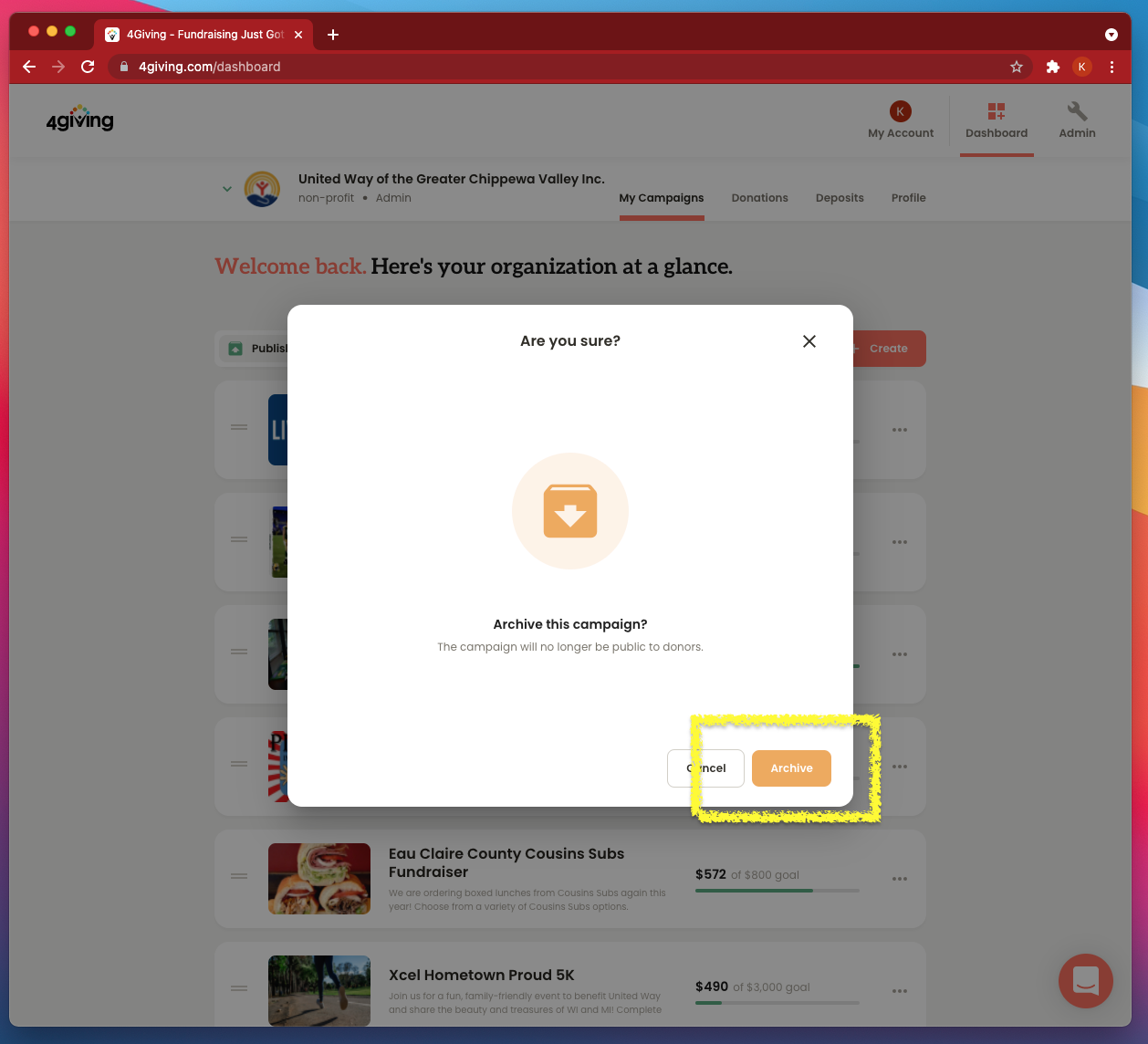 To see 'archived' campaigns click on the archive button. 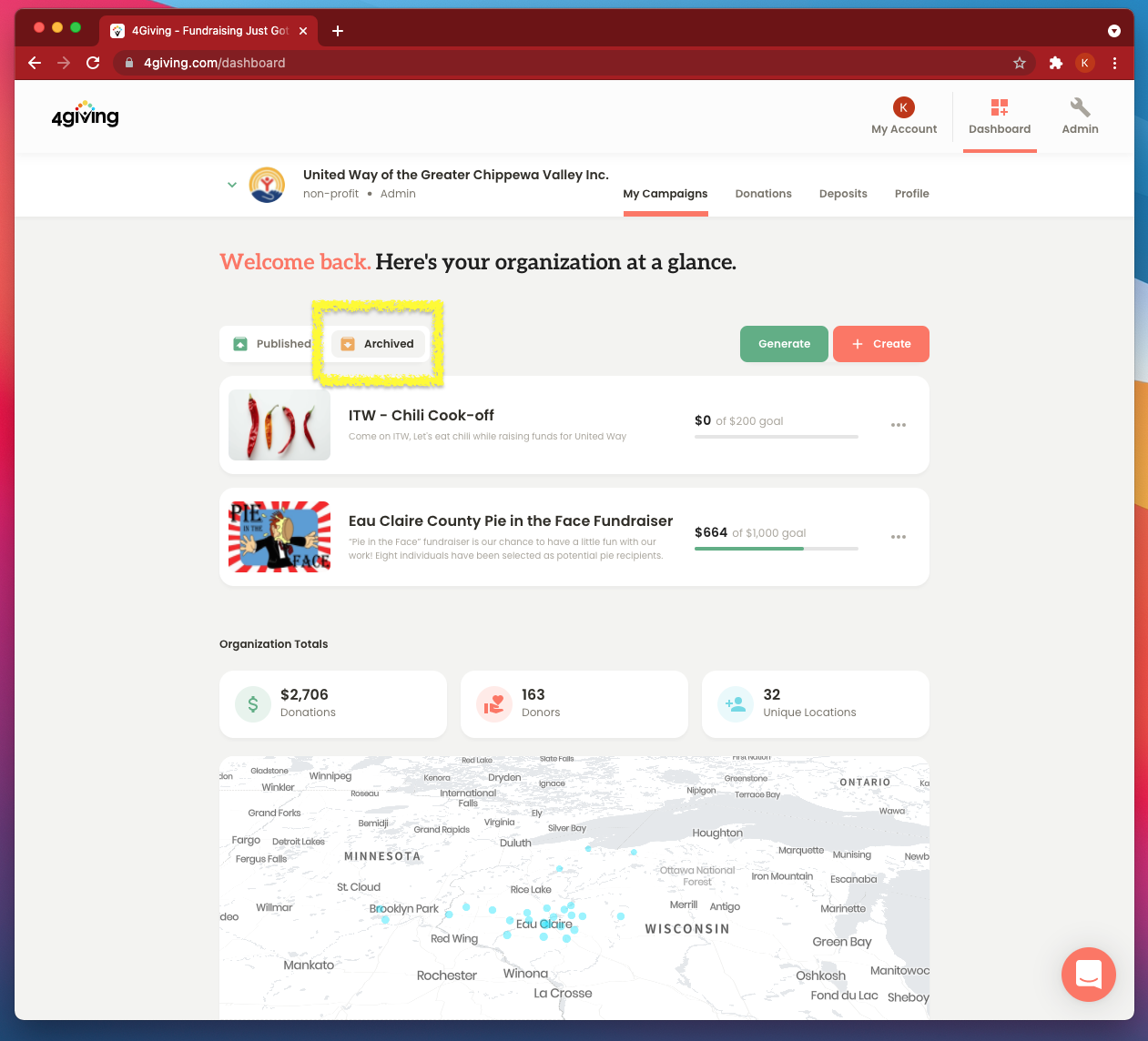 To 'unarchive' a campaign click on the ( ... ) and then select 'Unarchive'. The campaign then becomes an active campaign again. 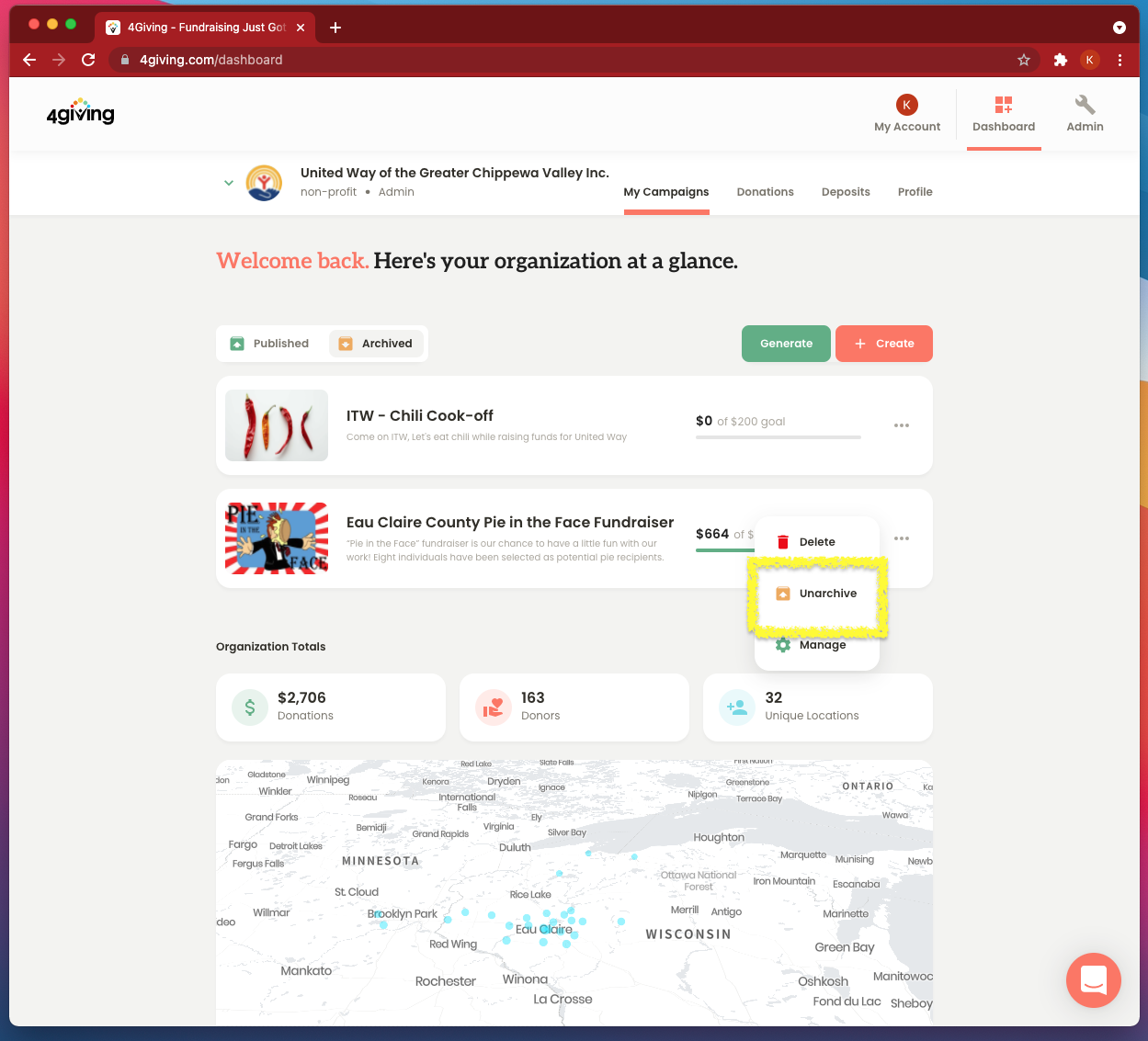 Start a Campaign
Did this answer your question?