How and why you should modify default campaign donation amounts

You CAN change the suggested donation amounts to suit your individual fundraising campaigns...we outline why you would...

Written by Pete
Updated over a week ago

In this article, we outline how and why you change the default donation amounts for donors when they give.

Use Cases on Why You Would Change the Default Donation:

For example, if you are raising funds to provide school lunches for hungry children and $20 funds meals for one kid for a week, you may want your recommended donation amounts to begin at $20 and increase in $20 intervals with the maximum donation of $960, which would fund school lunches for a child for a year.

How to Change the Default Donation Amounts:

In the dashboard of your fundraising campaign, under the 'overview' tab you will see a box titled 'Donation Amounts.' 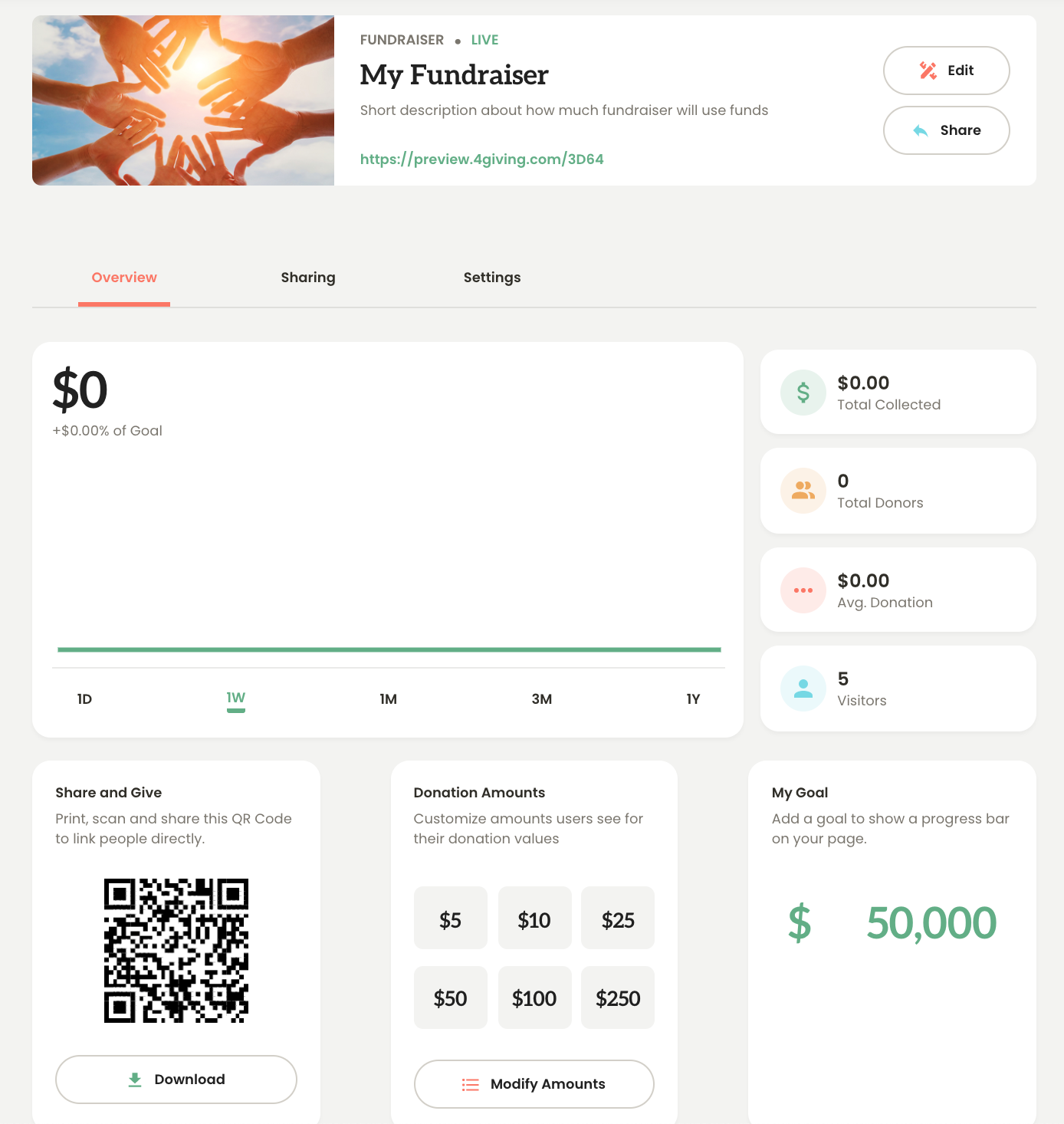 Click on any of the numbers to manually adjust the donation amount for that fundraising campaign. Press SAVE to keep and publish your changes. 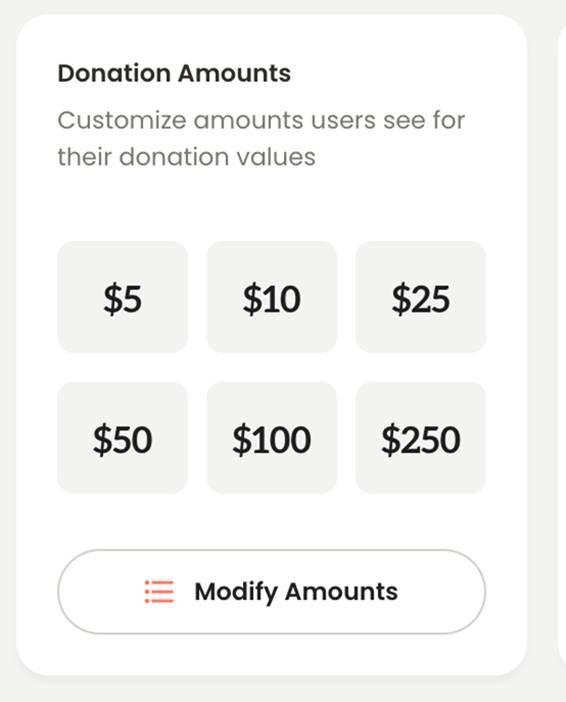 I can customize 4giving to my specifications!

Did this answer your question?